Is it the Story or the Writing?: Book Review 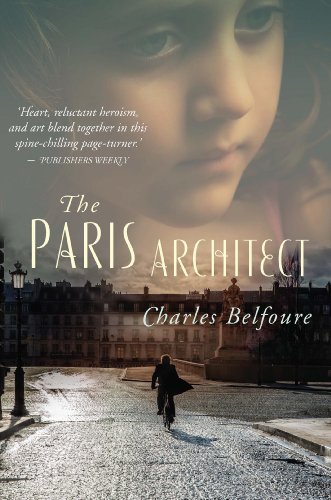 I have not been reading much the last few weeks. Time has been conspiring against me and other pursuits have won. I have however read three very different books and it has returned me to a question that I often ponder. What is more important – the writing or the story?

The first book I read I have already forgotten the name. It was a romance and I would have termed it a penny dreadful but I started to wonder : why is it dreadful? So what if it only cost a penny. All those books that I turn my nose up at that they sell in department stores are there because the mass market wants them. They may just be pop culture and not withstand the test of time but can it be bad that people are reading them? Is it not better that people read something than nothing at all? Why do these sell? I think it is because people enjoy the story. I enjoyed the story. I needed something that could take me away from the realities of life. I needed a bit of sweetness and this book gave it all to me in doses far in excess of what I needed. At the end of my reading I felt relaxed and happy. The book itself now forgotten. Even the story line but at the time it was just what I needed and I was at least reading something.

The second book I read was Black Cargo by Vaughn Ponsford. My Mum purchased this book as it was the debut novel by a chap that lives in her retirement complex. In the first couple of chapters I was forever picking up grammatical errors and creative writing no nos and if it wasn’t for the acquaintance I had with the chap I would probably have put the book down not to be finished. Suddenly however, the errors disappeared. I no longer noticed them if they were still there I had become so involved in the story of the main character, Mike Conrad, fighting to save the oceans from oil pollution. Amongst the murder and corruption of the oil magnates, Ponsfords knowledge of the oceans comes through, creating a gripping, believable yarn.

A book which I have not yet read but am looking forward to is Ham on Rye by Charles Bukowski. I bought it on my recent trip to Sydney when my ipad suddenly refused to turn on. I had to have something to read on the plane. I took myself off to the bookstore. I used to love shopping for books and I still do but it is quite a different experience shopping at Amazon to trolling through a conventional book shop. The joys I used to feel came back. The title would be the first thing to attract me to a book. I would pick it up and fondle it. Some felt nicer to hold than others. This would lead me to the back flap and I’d read the story line. This may or may not take me inside the front cover where I would read the first page or at least the first couple of paragraphs. If the writing hooked me in that time the book would be purchased as I did with this book. I have now lent it to my mother to read first as my ipad recovered and I felt I had to finish the third book I have read.

It is the Paris Architect by Charles Belfoure.  I have to admit I struggled to read it. I could only read a chapter at a time. Set in Paris in 1942 it is the story of an architect who bit by bit does more to help save and hide Jewish people from the gestapo and inevitable death. Initially he designs hiding spots for money but eventually he does it and more for humanity. The graphic detail leaves me feeling sick and I have to admit that I feel guilty for not wanting to read about and feel in a minor way the reality it was for the Jewish people during the occupation of France. The fact that it makes me feel sick to my stomach probably means that the writing is good but if it wasn’t a book we had to read for my book club there is no way that I would have chosen to continue reading it.

So back to my initial question – What is more important? The Writing or the Story? I believe that for myself generally the writing needs to be good to get me to buy the book but it will be the story that keeps me reading. If the story is not to my liking (and this is such an individual thing and differs with time and culture) no matter how good the writing is I will not continue reading. On the other hand if the writing is poor and I can get past that to become engrossed in the story, if it is a good tale, I will continue to read. What about you?

I began my working career as a reluctant potato peeler whilst waiting to commence my training as a student nurse. On completion I worked mainly in intensive care/coronary care; finishing my hospital career as clinical nurse educator in intensive care. A life changing period as a resort owner/manager on the island of Tanna in Vanuatu was followed by recovery time as a farmer at Bucca Wauka. Having discovered I was no farmer and vowing never again to own an animal bigger than myself I took on the Barrington General Store. Here we also ran a five star restaurant. Working the shop of a day 7am - 6pm followed by the restaurant until late was surprisingly more stressful than Tanna. On the sale we decided to retire and renovate our house with the help of a builder friend. Now believing we knew everything about building we set to constructing our own house. Just finished a coal mine decided to set up in our backyard. Definitely time to retire we moved to Queensland. I had been writing a manuscript for some time. In the desire to complete this I enrolled in a post grad certificate in creative Industries which I completed 2013. I followed this by doing a Master of Arts by research graduating in 2017. Now I live to write and write to live.
View all posts by Irene Waters 19 Writer Memoirist →
This entry was posted in Book reviews, opinion and tagged Belfoure, Black Cargo, Book reviews, irene waters, opinion, Ponsford, the Paris Architect. Bookmark the permalink.

15 Responses to Is it the Story or the Writing?: Book Review