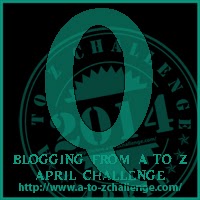 Queasy in itself is not an emotion but it is how I feel when I haven’t done anything wrong (or perhaps I have) and I am summonsed to appear before an authoritarian type of figure. This in my younger days included my parents, school headmistress and nursing matrons.

An incident I remember when I was maybe seven was my first memory of feeling queasy. My memory is that I was very angry with my brother whilst we were playing in the garage. In anger I lifted the axe and almost severed his toe. His screams sent my parents running. Whilst they dealt with the bloody emergency I was relegated to a small courtyard and not allowed inside the house. I felt very queasy wondering what punishment was going to be meted out. My brother tells me that it wasn’t as bad as I imagined and that his screams, which he purposefully made blood curdling, cemented the idea that I had almost become an axe murderer.

The queasy feeling comes from fear. Fear of an unknown punishment. Why I should have such fear I don’t  know as I can’t remember ever having received an unjust disciplining. It is all in my head (and also in the pit of my stomach).

I am giving a talk on Monday night to a group of strangers. I have a feeling I will have the queasy feeling then as well. Again it is a response to fear. Why public speaking brings this out in a lot of people I don’t know and, I don’t know if the response in those other people is also queasiness. Does it really matter if I botch my lines? Of course it doesn’t and I know it isn’t going to be that bad. I’ve given this talk before and the audience has been fine.

Sheer terror does not bring out this queasy feeling. The feeling then is quite different. This is purely a response to an anticipated outcome not an actual event. Is it my way of preparing for the worst and receiving better than expected. A pessimistic optimist perhaps or maybe one who suffers from poinephobia.

I began my working career as a reluctant potato peeler whilst waiting to commence my training as a student nurse. On completion I worked mainly in intensive care/coronary care; finishing my hospital career as clinical nurse educator in intensive care. A life changing period as a resort owner/manager on the island of Tanna in Vanuatu was followed by recovery time as a farmer at Bucca Wauka. Having discovered I was no farmer and vowing never again to own an animal bigger than myself I took on the Barrington General Store. Here we also ran a five star restaurant. Working the shop of a day 7am - 6pm followed by the restaurant until late was surprisingly more stressful than Tanna. On the sale we decided to retire and renovate our house with the help of a builder friend. Now believing we knew everything about building we set to constructing our own house. Just finished a coal mine decided to set up in our backyard. Definitely time to retire we moved to Queensland. I had been writing a manuscript for some time. In the desire to complete this I enrolled in a post grad certificate in creative Industries which I completed 2013. I followed this by doing a Master of Arts by research graduating in 2017. Now I live to write and write to live.
View all posts by Irene Waters 19 Writer Memoirist →
This entry was posted in A-Z challenge and tagged A-Z Blogging Challenge, emotions, fear, irene waters. Bookmark the permalink.