The biggest change: Times Past 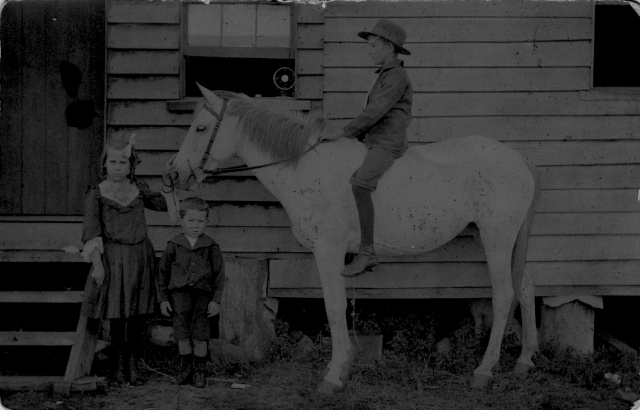 I can remember talking to my grandmother (pre Silent Generation) about how much the world had changed in her lifetime. She was born in 1899 in the small town of Tairo in Queensland. She had seen so many changes in her lifetime such as the change from keroscene and candle lighting to electric, stoking a fire to boil the copper to having an automatic washing machine but the change she found, without any doubt at all, to be the biggest was modes of transportation. She’d grown up with horse and cart being the only means of transport. She saw trains before she saw her first car but the reason for her that transportation was her choice – she saw man land on the moon. I try to imagine what it would feel like to go from Shank’s pony or real pony to jet travel and space travel in the course of a lifetime. The moon landing had an impact on me and the entire world at the time but I’d never known a time without planes, and without cars.

I had a similar conversation with my own mother, from the Silent Generation, a few years back. I asked what was the biggest change that she’d seen in her lifetime. Her answer floored me. I was expecting something similar to what my Grandmother had said but instead she simply said “people don’t have afternoon tea or morning tea anymore.” I thought about it and realised that in her youth cars still weren’t common, the depression and the war happened and life in Australia was still very much as it was in Victorian England. People would be invited for morning tea or afternoon tea. The intricately embroidered tablecloth would  be placed on the table and the Royal Doulton floral cups, saucers and plates would be placed on it so that the hostess could pour from the silver teapot a fine cup of tea. Little sandwiches, cakes and slices would be offered around. Men were seldom present. Conversation would flow and then people would leave to either avoid overstaying their welcome by staying into the lunch time or in time to get home before dark. When I had this conversation dinner parties had replaced morning tea and afternoon tea. The change that has happened since is that dinner parties rarely happen and friends tend to meet at a restaurant for dinner. Yesterday I took Mum to a new cafe. She’d liked the sound of the banana pancakes Roger had eaten there for breakfast that morning. She asked me “do people go out to eat breakfast now?” I doubt that she has ever eaten breakfast out apart from when she has been travelling.

Her biggest change was a social change whereas my Grandmother’s was a technological change. It made me wonder what would I say if I was asked the same question. So for this weeks prompt I am asking you to tell me what you think is the biggest change that has happened in your lifetime. Please join in giving your location at the time of your memory and  your generation. An explanation of the generations and the purpose of the prompts along with conditions for joining in can be seen at the Times Past Page. Join in either in the comments or by creating your own post and linking. Looking forward to your memories.

The social change that is most apparent to me is children’s loss of freedom. In my childhood we could walk home from school, we could disappear and play in the park just as long as we were back by 5pm. It was not that there weren’t kidnappers or other  horrible people around – there were and I can remember some quite clearly – but the risks seemed less. The community seemed to be more cohesive and I would have felt safe going anywhere. Nowadays, children are dropped at school and picked up in the afternoon, children cannot be put off a bus for bad behaviour for fear of what might happen to them and parents have become nicknamed helicopter parents for hovering close to their children. I think I would have been so repressed had I had to live in this kind of environment and I wonder what it does to creativity and perhaps to independence.

The technological change that has happened in my lifetime is of course the advent of computers, specifically the internet. This has made the world so much smaller as you can learn about other countries and people with a few taps on the keyboard. It has made encyclopaedias redundant as any information is available quickly and easily. I can remember the mainframe at the university. Few people were allowed into the computer room which had its own special air supply.  Computer students didn’t get to visit the room let alone those of us doing statistics. You would submit your work to those allowed in and a ream of paper would in due course be given to you. Roger and I had a home computer early in the piece. We took it to Vanuatu with us and to our surprise it had no trouble running off the inverter where we’d never been able to watch television because of it. 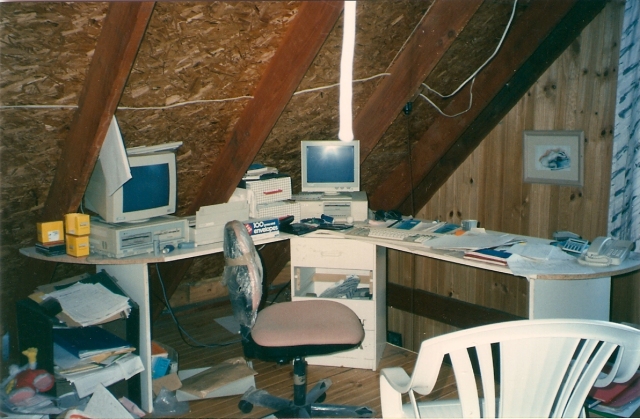 From these huge computers to smaller and smaller ones with the amount of memory much increased we are now seeing watches, fridges, televisions, telephones all with the capacity to go online. Roger is looking forward to soon having a robot do his bidding. He thinks it will probably answer back less than I do.

I’m looking forward to reading  what you consider the biggest changes in your lifetime……. and don’t forget that if you are interested in memoir check out the series on the second Friday of the month over at Carrot Ranch. Join in the conversation.

The biggest change: Times Past

A Whole Lot Of Time #timespast

I began my working career as a reluctant potato peeler whilst waiting to commence my training as a student nurse. On completion I worked mainly in intensive care/coronary care; finishing my hospital career as clinical nurse educator in intensive care. A life changing period as a resort owner/manager on the island of Tanna in Vanuatu was followed by recovery time as a farmer at Bucca Wauka. Having discovered I was no farmer and vowing never again to own an animal bigger than myself I took on the Barrington General Store. Here we also ran a five star restaurant. Working the shop of a day 7am - 6pm followed by the restaurant until late was surprisingly more stressful than Tanna. On the sale we decided to retire and renovate our house with the help of a builder friend. Now believing we knew everything about building we set to constructing our own house. Just finished a coal mine decided to set up in our backyard. Definitely time to retire we moved to Queensland. I had been writing a manuscript for some time. In the desire to complete this I enrolled in a post grad certificate in creative Industries which I completed 2013. I followed this by doing a Master of Arts by research graduating in 2017. Now I live to write and write to live.
View all posts by Irene Waters 19 Writer Memoirist →
This entry was posted in Memoir, memoir writing, Past Challenge, Times Past and tagged change, irene waters, memoir, times past challenge. Bookmark the permalink.

46 Responses to The biggest change: Times Past