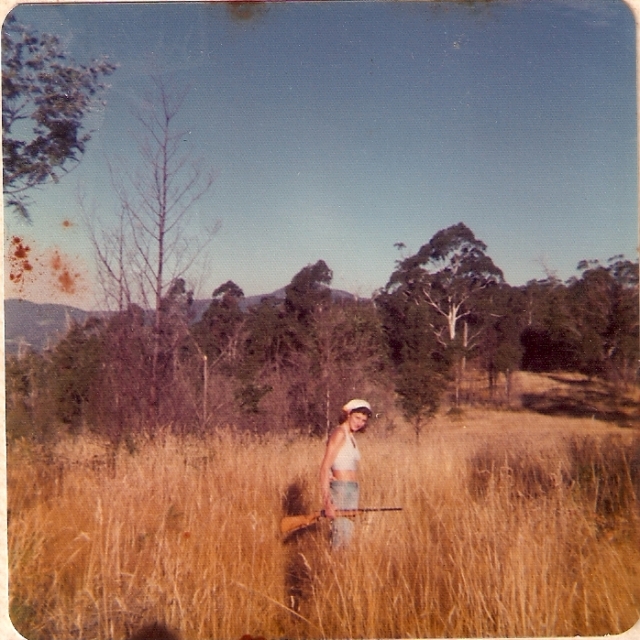 So much is unlikely in life that perhaps the unlikely becomes quite the opposite – likely. Perhaps that which is likely is in reality unlikely and perhaps nothing is unlikely at all – if you take a personality you know those that are likely to do the unlikely and those that will take no risks at all and therefore do everything that is likely. Unanticipated is possibly an apter name for the photos I am displaying as unexpected.

I certainly did not expect to hike through the Australian bush with a girl, gun in hand, who unknown to me at the time was my then boyfriends new girlfriend. She knew it – was the gun giving me an unlikely warning?

Also unlikely was the attire of my friend I was meeting up with for coffee at a coffee shop in the CBD of Sydney city. Why the mask and snorkel – I’d told him I’d meet him under the dolphin (not visible in this photo).

Certainly unlikely was do agility training in a country not my own (Switzerland) with a dog not my own. Unlikely but a lot of fun. 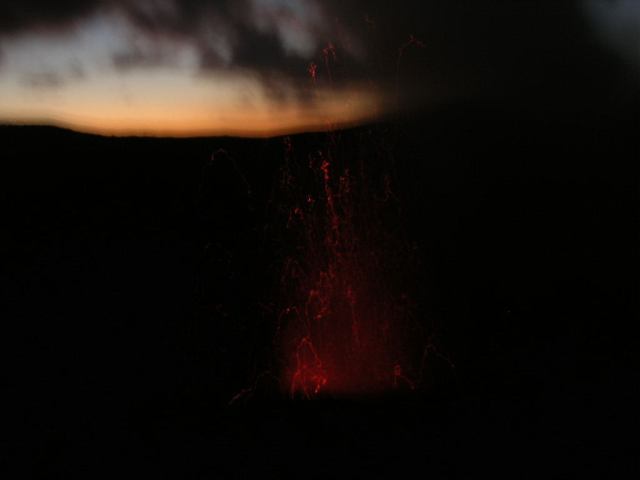 Perhaps the most unlikely event in my life was living on a remote island in the Pacific with an active volcano. This bit of unlikeliness has led to so many unlikely things, in fact the rest of my life has followed as a result of this event. Becoming a farmer, a general store proprietor, a writer, completing my masters and this year publishing my book. These would have all been unlikely had it not been for living on Tanna.

In response to the weekly photo challenge

I began my working career as a reluctant potato peeler whilst waiting to commence my training as a student nurse. On completion I worked mainly in intensive care/coronary care; finishing my hospital career as clinical nurse educator in intensive care. A life changing period as a resort owner/manager on the island of Tanna in Vanuatu was followed by recovery time as a farmer at Bucca Wauka. Having discovered I was no farmer and vowing never again to own an animal bigger than myself I took on the Barrington General Store. Here we also ran a five star restaurant. Working the shop of a day 7am - 6pm followed by the restaurant until late was surprisingly more stressful than Tanna. On the sale we decided to retire and renovate our house with the help of a builder friend. Now believing we knew everything about building we set to constructing our own house. Just finished a coal mine decided to set up in our backyard. Definitely time to retire we moved to Queensland. I had been writing a manuscript for some time. In the desire to complete this I enrolled in a post grad certificate in creative Industries which I completed 2013. I followed this by doing a Master of Arts by research graduating in 2017. Now I live to write and write to live.
View all posts by Irene Waters 19 Writer Memoirist →
This entry was posted in photography, Weekend photo challenge and tagged agility training, irene waters, Photography, Volcanoes, Weekly Photo Challenge, WP photo challenge. Bookmark the permalink.