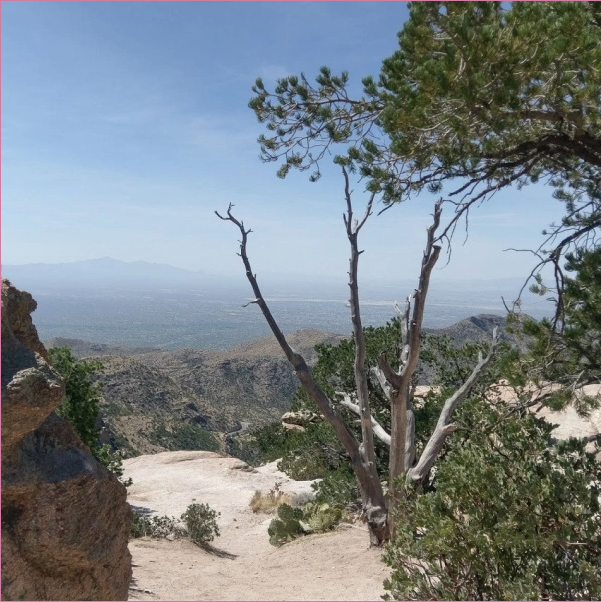 The three men looked back at Gregory’s farm. Greg’s wife waved from the verandah, the smallest of his three children clinging to her skirt. He turned, brushing a tear from his eye. The pack horses were laden with six weeks of provisions and if necessary they had five dogs they could eat. The three convicts did the work whilst a fourth oversaw them. Upward they climbed through the rugged bush. The land to the west spread before them, a fertile vista, but the sheer cliffs didn’t allow them passage down yet they celebrated – they were the first to see the other side.

Thank you to Rochelle Wiseoff-Fields for being our hostess for Friday fictioneers and to Jan Wayne Fields for supplying the photo prompt.

My immediate thought when seeing this photo was of the explorers Blaxland, Wentworth and Lawson who were the first men to successfully cross our Blue Mountains in 1813. They did not make it down the other side – a chap named Evans did that in December 1813  and the three explorers were awarded 1000 acres of land each on the west side of the mountain. Wentworth wrote in his journal:

A country of so singular a description could in my opinion only have been produced by some Mighty convulsion in Nature – Those immense unconnected perpendicular Masses of Mountain which are to be seen towards its Eastern Extremity towering above the Country around, seem to indicate that the whole of this tract has been formed out of the Materials of the primitive mountains of which these masses are the only parts that have withstood the violence of the concussion.

Reached the summit of the Highest land we have yet been, … and Encamped by a fine stream of water. Here we had a fine view of all our Settlements, our progress was here stoped by an impassable Clift from going either South or West- Mr. Blaxland Wentworth and Self left our Camp with a determination to get down some parts of this broken land. But found it impracticable in some places 500 feet perpendicular here we saw the course of the Western River and that broken Country at Natai the back of the Cow pasters. No doubt this is the Remnant of some dreadful Earthquake

They now conceived that they had sufficiently accomplished the design of their undertaking, having surmounted all the difficulties which had prevented hitherto the interior of the country from being explored, and the colony from being extended. … Their provisions were nearly expended, their clothes and shoes were in very bad condition, and the whole party were ill with bowel complaints. These considerations determine them, therefore, to return home.

Thank you to Wikipedia for these diary entries.

Earliest pictorial representation of the crossing from the Sydney Mail, 25th December 1880

I began my working career as a reluctant potato peeler whilst waiting to commence my training as a student nurse. On completion I worked mainly in intensive care/coronary care; finishing my hospital career as clinical nurse educator in intensive care. A life changing period as a resort owner/manager on the island of Tanna in Vanuatu was followed by recovery time as a farmer at Bucca Wauka. Having discovered I was no farmer and vowing never again to own an animal bigger than myself I took on the Barrington General Store. Here we also ran a five star restaurant. Working the shop of a day 7am - 6pm followed by the restaurant until late was surprisingly more stressful than Tanna. On the sale we decided to retire and renovate our house with the help of a builder friend. Now believing we knew everything about building we set to constructing our own house. Just finished a coal mine decided to set up in our backyard. Definitely time to retire we moved to Queensland. I had been writing a manuscript for some time. In the desire to complete this I enrolled in a post grad certificate in creative Industries which I completed 2013. I followed this by doing a Master of Arts by research graduating in 2017. Now I live to write and write to live.
View all posts by Irene Waters 19 Writer Memoirist →
This entry was posted in creative writing, flash fiction, Friday Fictioneers and tagged Blue Mountains, Creative writing, exploration, flash fiction, Friday Fictioneers, irene waters. Bookmark the permalink.