In the Ring: Friday Fictioneers 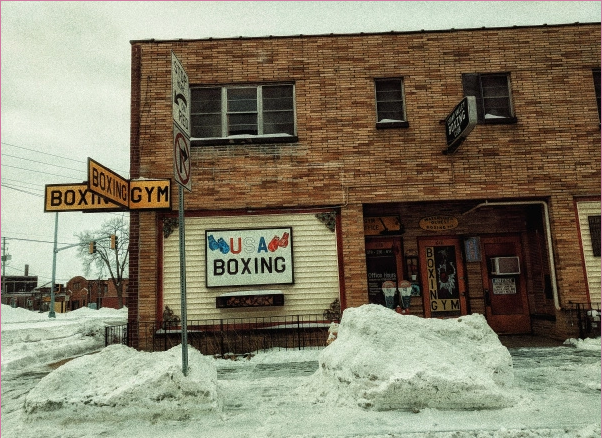 Philip was ready to fight at five.  They collected him at seven. Speeches were underway by eight. At ten the fight almost started but Sean demanded payment. Philip air punched,  speeches continued, payment was arranged.

Eventually, at one, gloves were donned. One pair of balloons and the other, thin and hard. Both fighters protested, wanting to withdraw. Another pair of thin hard ones were found. Someone pulled the speaker from the ring as the fighters entered. As each round ended, a speaker rose taking advantage of the break.  After ten rounds a points decision awarded the fight to Sean.

My story this week is memoir. One that comes to mind whenever boxing comes to mind. There is much more to this story than this but 100 words is a small amount to convey the erection of a fence to keep non-paying locals out, the construction of a ring for the fight to take place in, the build up of Philip Kating, a South Pacific golden glove winner and Sean Sullivan, a New Zealander who had come to fight him. Before the first punch was thrown the non payers outside the fence pushed on mass and were soon enjoying the spectacle in the ring as clearly as those who had paid.

Thank you to Rochelle Wisoff-Fields for hosting Friday Fictioneers and J Hardy Carroll who supplied this weeks photograph.

I began my working career as a reluctant potato peeler whilst waiting to commence my training as a student nurse. On completion I worked mainly in intensive care/coronary care; finishing my hospital career as clinical nurse educator in intensive care. A life changing period as a resort owner/manager on the island of Tanna in Vanuatu was followed by recovery time as a farmer at Bucca Wauka. Having discovered I was no farmer and vowing never again to own an animal bigger than myself I took on the Barrington General Store. Here we also ran a five star restaurant. Working the shop of a day 7am - 6pm followed by the restaurant until late was surprisingly more stressful than Tanna. On the sale we decided to retire and renovate our house with the help of a builder friend. Now believing we knew everything about building we set to constructing our own house. Just finished a coal mine decided to set up in our backyard. Definitely time to retire we moved to Queensland. I had been writing a manuscript for some time. In the desire to complete this I enrolled in a post grad certificate in creative Industries which I completed 2013. I followed this by doing a Master of Arts by research graduating in 2017. Now I live to write and write to live.
View all posts by Irene Waters 19 Writer Memoirist →
This entry was posted in creative writing, flash fiction, Friday Fictioneers and tagged boxing, Creative writing, flash fiction, Flash fiction challenge, Friday Fictioneers, irene waters, Philip Kating, Sean Sullivan. Bookmark the permalink.

29 Responses to In the Ring: Friday Fictioneers