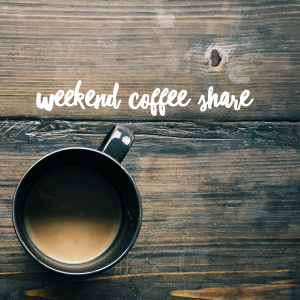 Welcome and come on in. Let’s get settled with a cup of tea or coffee and we’ll have a chat. Let’s sit on the porch and take advantage of the wind that is making it a perfect temperature.

If we were having coffee I’d tell you that last night was our Christmas break-up party for dancing. Luckily I went with a friend for if I’d been driving I would have been terrified. We drove straight into a storm that had driving torrential rain that the windshield wipers could not cope with. That was what worried me. We couldn’t pull off as there was no verge and so we drove ever so slowly forward, not being able to see the road. Rosey on the other hand was worried about the lightning which surrounded us and the thunder which was almost continuous. In a storm a few weeks ago her next door neighbours porch had been hit and she knew first hand just how damaging a lightening strike could be. Eventually we parked under an overpass and waited half an hour before it had let up to a point where we were prepared to risk driving again. Parking puts you in such a vulnerable position from other cars that can’t see either. It was a new car and we had to get the manual out to try and work out where the hazard lights were. I was little use as I can’t read without my glasses and of course I didn’t take them with me. Sadly when we finally arrived there were no spare men and we either danced together or sat out.

If we were having coffee I’d tell you that this week has been another sodden week. I just wish we could send some of our weather over to California where I have seen some footage of the severity of the fires they are currently fighting. I hope everyone is safe. Our weather has given us soggy ground and spectacular skies. 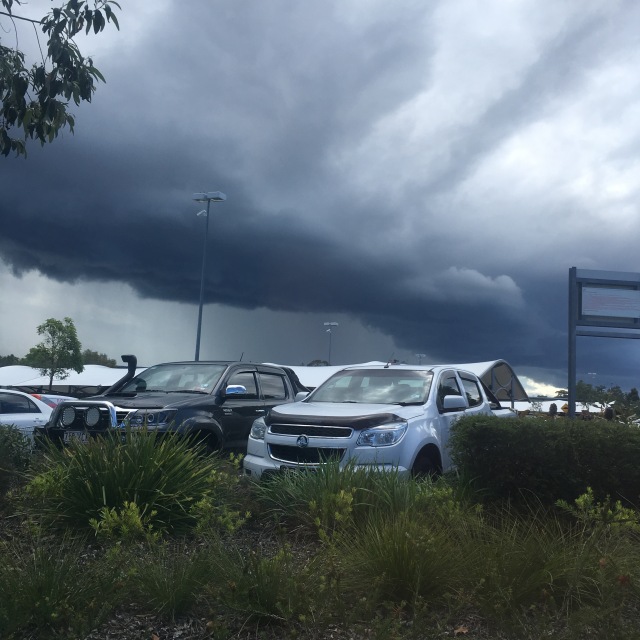 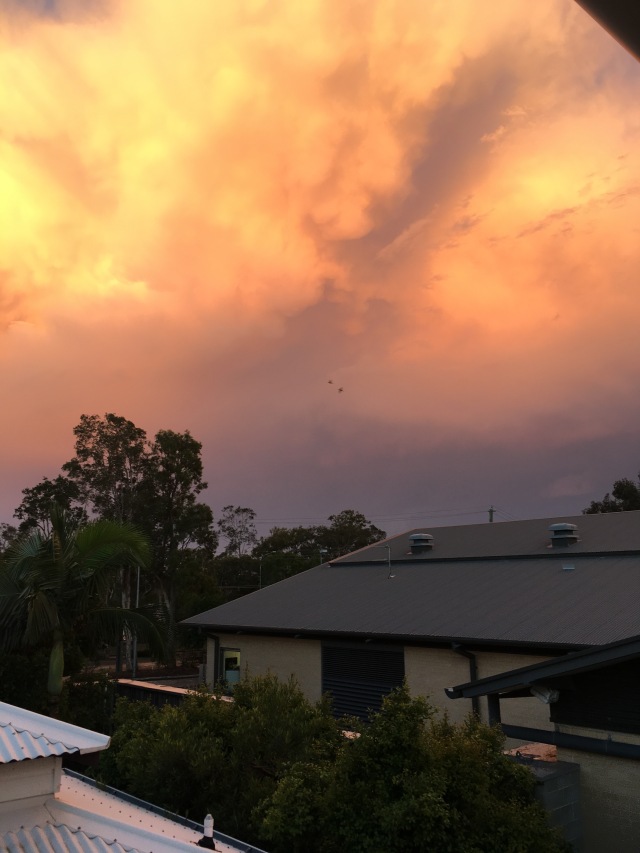 If we were having coffee I’d tell you that life here is winding down for Christmas. We’ve had the art Christmas party Tuesday, the Chemist party Thursday as well as my dancing class party Friday, the social dance last night and toast masters and book club both in the coming week. Once these have occurred we will not resume until late January but most in February. I have finally put up my Christmas Tree. 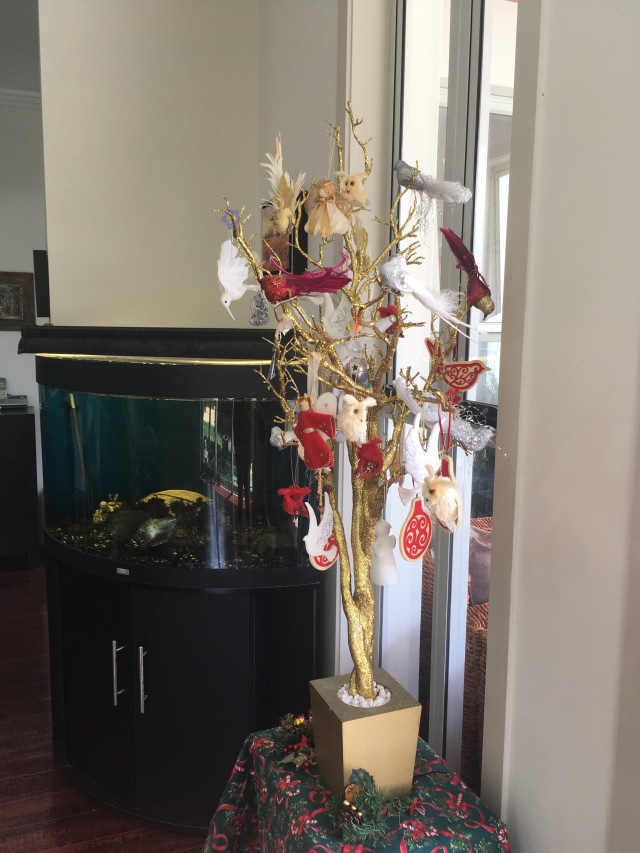 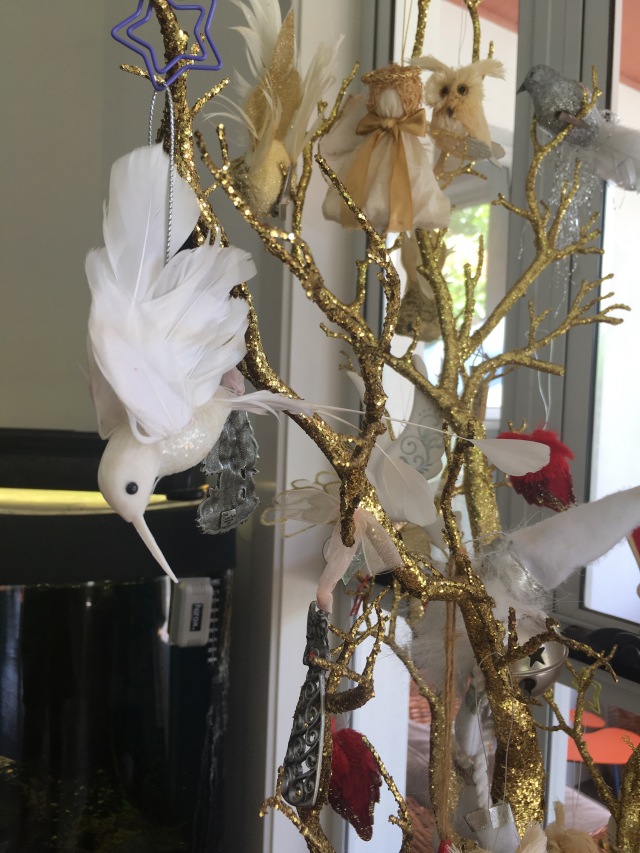 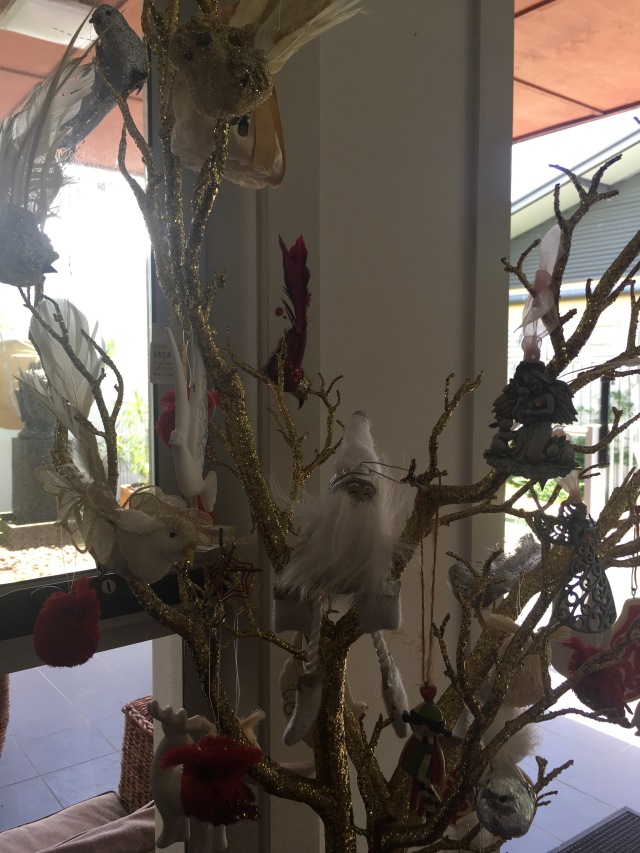 If we were having coffee I’d tell you that I took Mum to see the film Goodbye Christopher Robin on Friday. It was very well done and I would recommend but with a warning. It reduced me to tears (and I hate being sad and miserable when I am supposed to be entertained) and I will never be able to view Winnie the Pooh books in the same fashion as I once did. Saying that it was an excellent film, well acted and a storyline (truth I believe) that really drags you in and emotionally connects you to it. It also portrays different ways that post traumatic stress can affect people as A.A. Milne, his illustrationist and I believe his wife were all suffering. If you have seen it do you think the wife was reacting also to the trauma or do you think (as my Mum does) that she was just a fibberty jibbit social butterfly?

If we were having coffee I’d tell you that I’ve read a couple of books this week which I will review shortly and am currently reading East of the Mountains by David Guterson.

If we were having coffee I’d tell you that the rest of the time I have been writing, editing, reading and doing just ordinary stuff. Now it is your turn. How was your week? Has your weather been warmer/colder, wetter/drier. Have you read any good books or seen any good films?  Thank you for dropping in for coffee, it is lovely to see you. Thanks to our host eclecticali  who is our host of the weekend coffee share.

I began my working career as a reluctant potato peeler whilst waiting to commence my training as a student nurse. On completion I worked mainly in intensive care/coronary care; finishing my hospital career as clinical nurse educator in intensive care. A life changing period as a resort owner/manager on the island of Tanna in Vanuatu was followed by recovery time as a farmer at Bucca Wauka. Having discovered I was no farmer and vowing never again to own an animal bigger than myself I took on the Barrington General Store. Here we also ran a five star restaurant. Working the shop of a day 7am - 6pm followed by the restaurant until late was surprisingly more stressful than Tanna. On the sale we decided to retire and renovate our house with the help of a builder friend. Now believing we knew everything about building we set to constructing our own house. Just finished a coal mine decided to set up in our backyard. Definitely time to retire we moved to Queensland. I had been writing a manuscript for some time. In the desire to complete this I enrolled in a post grad certificate in creative Industries which I completed 2013. I followed this by doing a Master of Arts by research graduating in 2017. Now I live to write and write to live.
View all posts by Irene Waters 19 Writer Memoirist →
This entry was posted in daily events, photography, Weekend Coffee Share and tagged #weekendcoffeeshare, daily events, diary, irene waters, weekend coffee share. Bookmark the permalink.