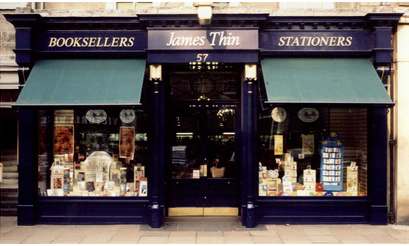 I hope everybody had a chance to read the responses to the last prompt. Most of us have had a weather event that has left lasting memories whether it be Hurricane Sandy or as a child testing why you shouldn’t put your tongue on cold pipes in Alaska. This months prompt comes as a result of a conversation that generated from the last prompt and is brought to us courtesy of D.Avery@shiftnshake  where she says:

Catalogues were pretty exciting, especially the Christmas catalogues. Sears was probably the biggest but Montgomery Ward was strong and even JC Penny. These were essential for people in remote and rural areas. (And now that I think of it, was a means for children to interact with print, early literacy, if you will.)
Maybe this has to do with your next prompt… remembered purchases or presents, given or received. What special thing did we all save up for, what whetted our consumer appetites in that catalogue?

Catalogue buying from Argos became one of the joys of my early working life prior to emigrating to Australia. I did not purchase from a catalogue perused at home but rather by personally shopping at the store it had on the High Street. I could look through the catalogue placed on slanted long counter along with many other people. The big draw for me was that I wasn’t accosted by salesman trying to talk me into buying something that I didn’t want (or I did want but hated the invasion of my privacy to decide by myself). I would use the pencil attached to write on the scrap of paper the number of the item I wished to buy having read the detailed description of the item which was often complete with…., take it to the counter and more often than not, walk out the store with it. Sometimes it had to be ordered in but it only took a few days to get.

Prior to Argos I used to read the newspapers where there were advertisements for everything imaginable , from Swiss chalet houses that you could put in your back yard to watches. This early joy has translated for me as a buyer from the internet. I can find anything I want on the net and the excitement of having oodles of parcels arrive is consumerism at its best. My latest purchase were some toothbrushes for our dog Muffin.

Despite living in rural areas whilst I was growing up catalogues as a means of buying items was not, to my knowledge, commonplace. My mother did subscribe to both Myers and David Jones catalogues which were sent to her by post but she did not make her purchases until we were in Sydney on holidays and she would purchase instore. My Father did have a James Thin catalogue arrive several times a year and he was always very excited to have his order of books arrive all the way from Scotland. I was just as excited when I saw the James Thin shop in Edinburgh as it was such a part of my childhood memories of my Father. Dad also bought stamps from catalogues and I will never forget his disappointment that the stamps he purchased from Honest dealing Farouk  failed to arrive.

An early present I recall was a Snow white fluffy bunny that when wound up hopped. Unfortunately my Dad, who was not very mechanically minded, demonstrated how to wind the hopping mechanism, only to over wind and break the rabbit’s ability to hop forever.

In my youth we saved to buy anything we wanted. We received pocket money and normally I spent all of mine on sweets. Two things I can recall saving for however, were  an instamatic camera and a Barbie doll. Both were achieved and were all the more special for having to sacrifice instant short term gratification.

Catalogues probably entered my world in the 90’s with Ezibuy (predominantly clothing) and another, Innovations, which sold nifty items such as the book light and other supposedly fantastic gizzmos. I bought one dress and something which I can’t remember from each catalogue, was disappointed in the item and didn’t dip my toe in any further. I guess that is why I am not that keen on buying sight unseen from the internet, which has to be the ultimate in catalogues.

Now for your memories……

Plastic Toys and Green Shield Stamps | My Other Blog (Edit)

I began my working career as a reluctant potato peeler whilst waiting to commence my training as a student nurse. On completion I worked mainly in intensive care/coronary care; finishing my hospital career as clinical nurse educator in intensive care. A life changing period as a resort owner/manager on the island of Tanna in Vanuatu was followed by recovery time as a farmer at Bucca Wauka. Having discovered I was no farmer and vowing never again to own an animal bigger than myself I took on the Barrington General Store. Here we also ran a five star restaurant. Working the shop of a day 7am - 6pm followed by the restaurant until late was surprisingly more stressful than Tanna. On the sale we decided to retire and renovate our house with the help of a builder friend. Now believing we knew everything about building we set to constructing our own house. Just finished a coal mine decided to set up in our backyard. Definitely time to retire we moved to Queensland. I had been writing a manuscript for some time. In the desire to complete this I enrolled in a post grad certificate in creative Industries which I completed 2013. I followed this by doing a Master of Arts by research graduating in 2017. Now I live to write and write to live.
View all posts by Irene Waters 19 Writer Memoirist →
This entry was posted in Memoir, Past Challenge, Times Past and tagged catalogue buying, consumerism, irene waters, times past challenge. Bookmark the permalink.

17 Responses to Consumerism: Times Past