but this one is a clever illusion

For it is not leather 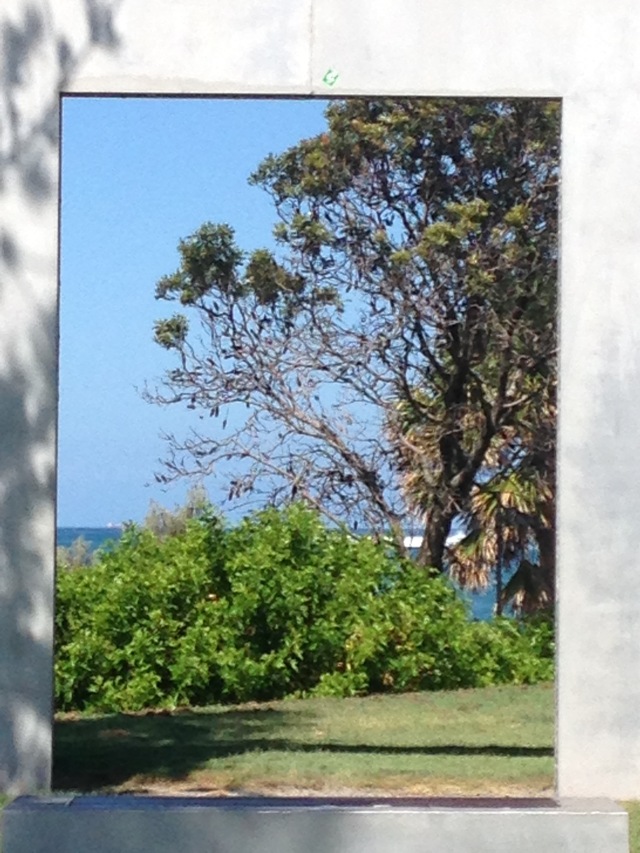 Another thing I love is photos in frames

but this is yet another illusion 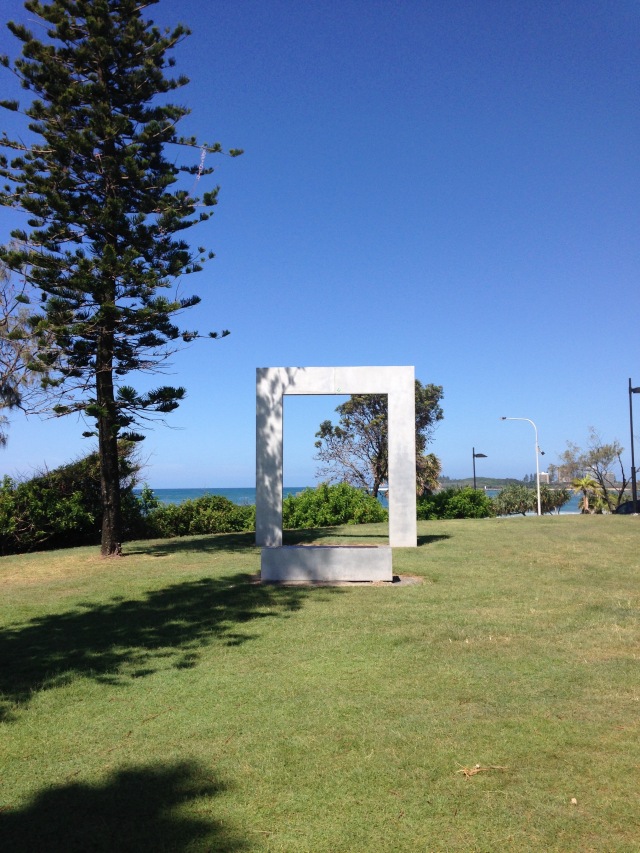 for it is a cleverly placed  frame

allowing you to view the real

and yet another illusion

for this dinosaur is not actually walking on water.

It looks real but see the woman

we have either gone to the Land of the Giants

or this is yet another illusion.

for these are yet another illusion

of things which did happen in WWI

at an aviation museum. 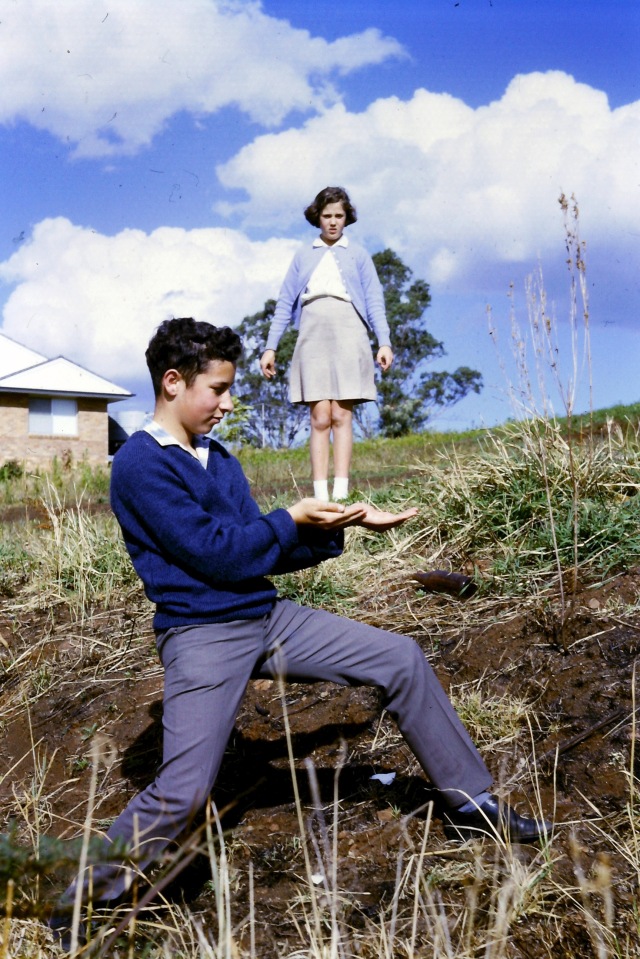 Trickery we were not quite skilled at making

But this illusion nearly worked 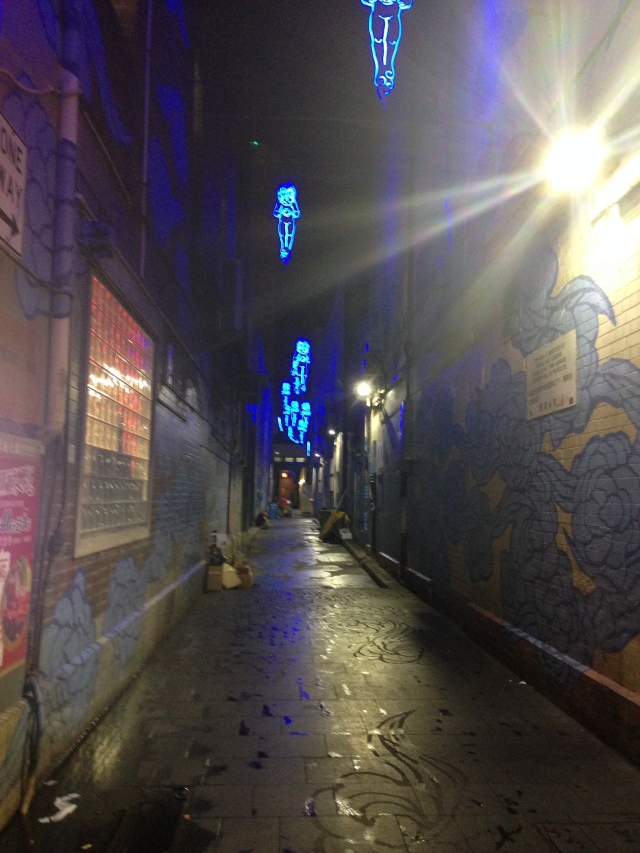 Where this illusion I think worked

As spookily these blue things floated

in the darkness of the alleyway. 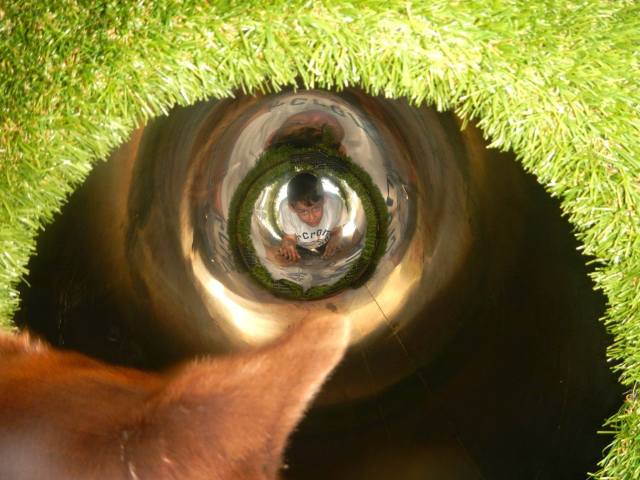 Some illusions can be whatever you want.

“Magic is the only honest profession. A magician promises to deceive you and he does.”
― Karl Germain

I began my working career as a reluctant potato peeler whilst waiting to commence my training as a student nurse. On completion I worked mainly in intensive care/coronary care; finishing my hospital career as clinical nurse educator in intensive care. A life changing period as a resort owner/manager on the island of Tanna in Vanuatu was followed by recovery time as a farmer at Bucca Wauka. Having discovered I was no farmer and vowing never again to own an animal bigger than myself I took on the Barrington General Store. Here we also ran a five star restaurant. Working the shop of a day 7am - 6pm followed by the restaurant until late was surprisingly more stressful than Tanna. On the sale we decided to retire and renovate our house with the help of a builder friend. Now believing we knew everything about building we set to constructing our own house. Just finished a coal mine decided to set up in our backyard. Definitely time to retire we moved to Queensland. I had been writing a manuscript for some time. In the desire to complete this I enrolled in a post grad certificate in creative Industries which I completed 2013. I followed this by doing a Master of Arts by research graduating in 2017. Now I live to write and write to live.
View all posts by Irene Waters 19 Writer Memoirist →
This entry was posted in photography, Thursday's Special and tagged deception, Illusion, irene waters, Photography, Thursday's Special. Bookmark the permalink.