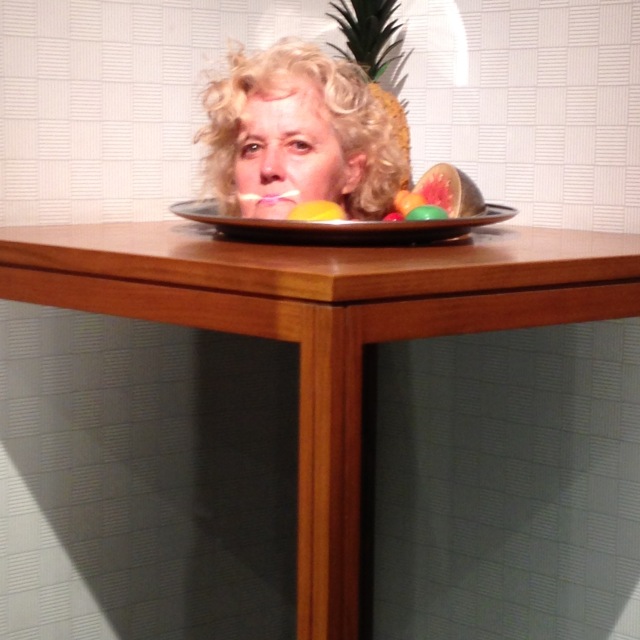 Reading the premise of the challenge on the daily post  I admitted to myself the reason why I am struggling to write at the moment. I can’t tell lies. But no-one wants to hear the truth, so it is easier to become mute.

My husband and I term ourselves realists. We believe we see things for what they are and we tell the truth about situations we find ourselves in. We have a dear friend who is so optimistic that we think she cannot see reality and another friend whose approach is, not so much pessimistic, as seeing every potential pitfall and being prepared for disaster to happen, that she too doesn’t see reality. We have often wondered why people don’t tell the truth about the situations they find themselves in. Are they trying to fool themselves or other people? Perhaps it is because other people prefer to be around people who are happy and find life wonderful. How often have I heard someone say “I’m not seeing so and so anymore because they make me feel negative. I’m getting rid of all negative energy from around me.” But life isn’t all wonderful. It is made up of ups and downs, peaks and troughs and a few other obstacles along the way and avoiding certain people is unlikely to change how you feel for those emotions come from inside. I’m a firm believer that other people make you neither happy or sad but rather they can enhance the feelings you already own.

So waffle aside, I have just and maybe still am in the throes of a depression and state of stress that has stilled my pen. I know I have taken on bilateral foot surgery at the same time as putting our house on the market and underneath it all – just how bad was my thesis. Huge stressors in themselves but what I was unprepared for was the realisation that we have made some massive blunders, the like of which we would not have made when we were younger and to make it worse we catapaulted ourselves from one mistake to another and then another, the whole thing snowballing out of control until our life felt as though we were in the path of an avalanche of such size we could not escape. My husband took responsibility (but we are a team and I went along with it, so I have to share the blame) and we ended up having sleepless nights, where he condemned himself for a situation that potentially would have made us homeless. He saw himself as a liability to me, believing he needs a carer as he is no longer capable of making rational decisions. Suddenly he sees himself as old. Suddenly he has lost confidence. And that is sad.

We have noticed for some time that my mother in her late eighties struggles to make decisions. Perhaps she too had this crisis of confidence.  I don’t know when but I wonder if she did, was she aware of it as we have become aware of it? Is this what makes you go from one age group to old age?

Communicating our thoughts and fears to each other has got us through this crisis, made us even closer which is a good thing as my studies had given us a divide previously not in existence. Even though I am a memoir writer and I write the truth of myself it is not written when it is raw. I have had time to reflect. I have seen where the situation has gone. I know the conclusion. I have reached a point where I can see the humour in what has happened. For me to write at this point is radically authentic instead of purely authentic. Perhaps my ink will again flow now I have put my head on a plate. I have to push the publish button before I have time to think.

In response to Weekly Discover Challenge.

I began my working career as a reluctant potato peeler whilst waiting to commence my training as a student nurse. On completion I worked mainly in intensive care/coronary care; finishing my hospital career as clinical nurse educator in intensive care. A life changing period as a resort owner/manager on the island of Tanna in Vanuatu was followed by recovery time as a farmer at Bucca Wauka. Having discovered I was no farmer and vowing never again to own an animal bigger than myself I took on the Barrington General Store. Here we also ran a five star restaurant. Working the shop of a day 7am - 6pm followed by the restaurant until late was surprisingly more stressful than Tanna. On the sale we decided to retire and renovate our house with the help of a builder friend. Now believing we knew everything about building we set to constructing our own house. Just finished a coal mine decided to set up in our backyard. Definitely time to retire we moved to Queensland. I had been writing a manuscript for some time. In the desire to complete this I enrolled in a post grad certificate in creative Industries which I completed 2013. I followed this by doing a Master of Arts by research graduating in 2017. Now I live to write and write to live.
View all posts by Irene Waters 19 Writer Memoirist →
This entry was posted in Daily Post prompt and challenges, photography, Weekly Discover Challenge, Writing and tagged #DiscoverWP, aging, anxiety, emotions, irene waters. Bookmark the permalink.