Sports days were fun events in primary school. In addition to the normal running events there were also races such as the egg and spoon race, the sack race and the three-legged race. Races that even the non-athletic child wanted to enter. In those days I entered everything even though I was far from athletic and I occasionally took out prizes. Whether that was because of my talent or a policy that every child went home with a prize I don’t know and I don’t care. We looked forward to those days unlike my years in high school where the competition was high and I wasn’t in the race from the beginning. Had my asthma been diagnosed earlier this may have been different. Two of my friends entered all events whilst I entered the walking race and the javelin throwing, that was, if I couldn’t get my parents to write a permission to be absent slip. 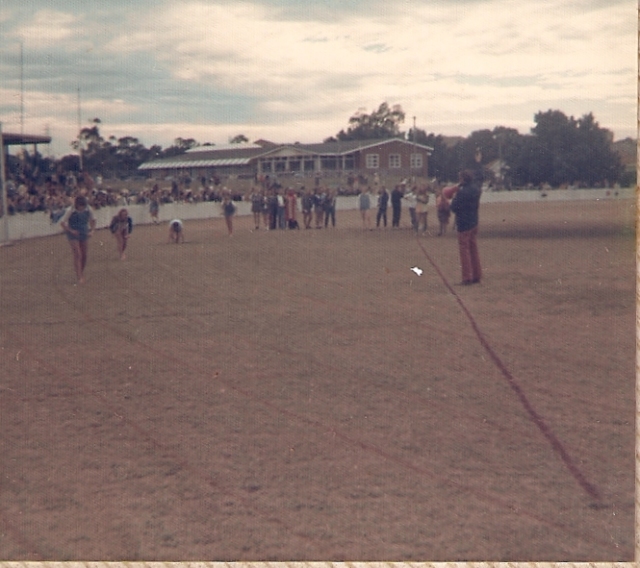 I began my working career as a reluctant potato peeler whilst waiting to commence my training as a student nurse. On completion I worked mainly in intensive care/coronary care; finishing my hospital career as clinical nurse educator in intensive care. A life changing period as a resort owner/manager on the island of Tanna in Vanuatu was followed by recovery time as a farmer at Bucca Wauka. Having discovered I was no farmer and vowing never again to own an animal bigger than myself I took on the Barrington General Store. Here we also ran a five star restaurant. Working the shop of a day 7am - 6pm followed by the restaurant until late was surprisingly more stressful than Tanna. On the sale we decided to retire and renovate our house with the help of a builder friend. Now believing we knew everything about building we set to constructing our own house. Just finished a coal mine decided to set up in our backyard. Definitely time to retire we moved to Queensland. I had been writing a manuscript for some time. In the desire to complete this I enrolled in a post grad certificate in creative Industries which I completed 2013. I followed this by doing a Master of Arts by research graduating in 2017. Now I live to write and write to live.
View all posts by Irene Waters 19 Writer Memoirist →
This entry was posted in Memoir and tagged Australia, bite size memoir, irene waters, memoir. Bookmark the permalink.