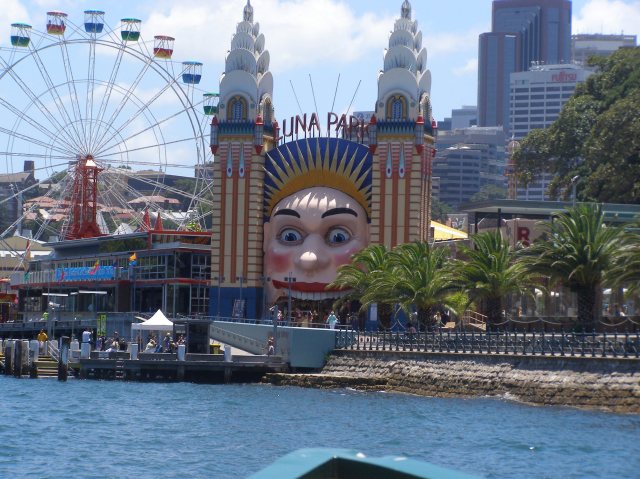 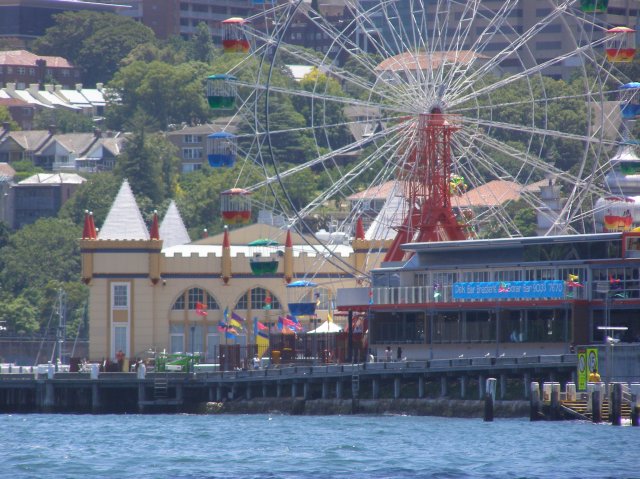 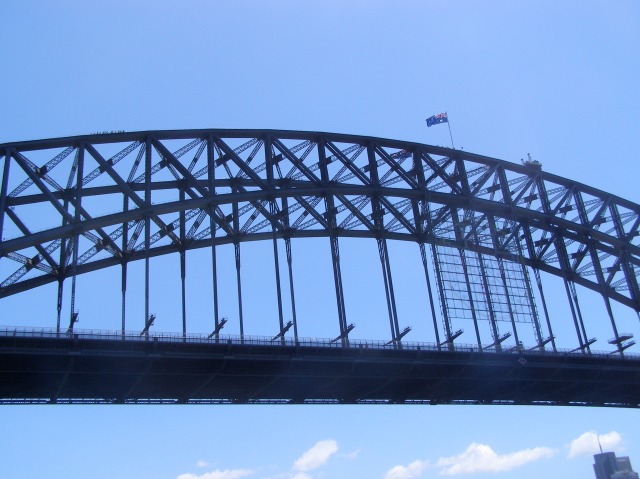 The face is the symbol that brings back memories of an amusement park that was “just for fun.” Built at the base of the Sydney Harbour Bridge in Milson’s Point in the 1930’s, it became an immediate success when it opened. During the Second World War it was a place where serviceman took girls on dates and picked up girls. It developed an unsavoury reputation during this time as it attracted prostitutes for the servicemen and it was not uncommon for fights to occur between the American troops on R & R and the Australian Home Forces.

In the 60’s, when my family visited the park on our trip to Sydney for the Christmas School Holidays, the park had extensive renovations carried out and much new equipment was in place. From the minute you walked through the face’s open mouth the fun began. The Rotor was a particular favourite of mine. It was a round tube which slowly started to spin whilst the rider stood against the wall. The spinning became faster and faster and as the centrifugal force held you against the wall the floor dropped away leaving you stuck on the wall some considerable height above it. People would squirm and try to move their limbs from the wall but only a few managed to do anything more than lying on their side. I was later told by a worker that under the floor was putrid with vomit and much money lay buried in it having fallen from people’s pockets who had managed to move.

My other favourite rides were the ghost train and the upside down house. I obviously liked spinning things. The ferris wheels I could manage but the Big Dipper and the mighty mouse were far to frightening for me so I ate fairy floss whilst my brother and father went on these rides. The big dipper was built into the side of the rock cliff and just looking at it from the ground was enough for me. Coney Island had the big slippery dips, an obstacle course to get in complete with jets of air that would lift a lady’s skirt, spinning tops and mirrors that made you look quite deformed.

My memories of Lunar Park are all pleasant, it was an eagerly anticipated night out which for us was “just for fun.” In 1975 when the ghost train caught fire killing six children and one adult memories of a different kind were made. Luna Park was immediately closed and dismantled. The face was saved.

Although I believe it is now open I am not sure what it is like since I haven’t visited since the 1970’s. That iconic face is still visible from the water and it still looks like fun.

I began my working career as a reluctant potato peeler whilst waiting to commence my training as a student nurse. On completion I worked mainly in intensive care/coronary care; finishing my hospital career as clinical nurse educator in intensive care. A life changing period as a resort owner/manager on the island of Tanna in Vanuatu was followed by recovery time as a farmer at Bucca Wauka. Having discovered I was no farmer and vowing never again to own an animal bigger than myself I took on the Barrington General Store. Here we also ran a five star restaurant. Working the shop of a day 7am - 6pm followed by the restaurant until late was surprisingly more stressful than Tanna. On the sale we decided to retire and renovate our house with the help of a builder friend. Now believing we knew everything about building we set to constructing our own house. Just finished a coal mine decided to set up in our backyard. Definitely time to retire we moved to Queensland. I had been writing a manuscript for some time. In the desire to complete this I enrolled in a post grad certificate in creative Industries which I completed 2013. I followed this by doing a Master of Arts by research graduating in 2017. Now I live to write and write to live.
View all posts by Irene Waters 19 Writer Memoirist →
This entry was posted in 2013, Daily Post prompt and challenges, photography and tagged Eses Weekly Shoot and Quote Challenge, Photography, Sparky's blog challenge. Bookmark the permalink.