Heifers, cows and calves: Trog and other Animals 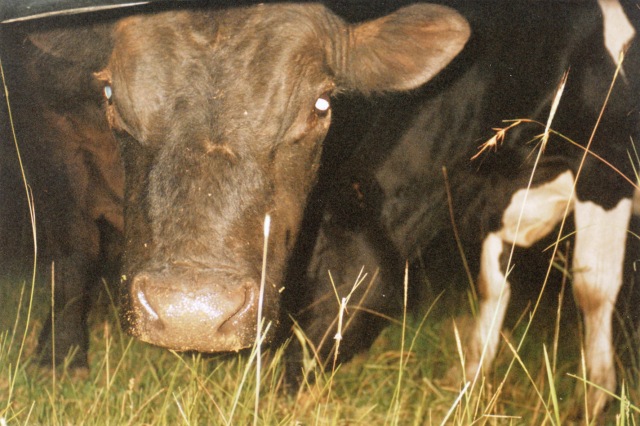 The next farm animals to come were the cows.  Firstly two heifers which we named Flossie, a black and white fresian and Blackie, another dairy breed.

Then Darrell took us to the Taree Sale yards. Here we had our first taste of the farmer’s domain. Darrell knew many people, doffing his hat frequently as we passed someone. There was little talking. Occasionally after being introduced, a short conversation would follow, pregnant with pauses. There was obviously a uniform worn to these sales. The men all dressed in trousers, blue shirts, blundstone boots and akubra style hats. The real estate agents doubled as stock and station agents and ran the sales. They walked above the cattle on walkways, stopping at the pen about to be auctioned, their fast talking monotone constantly droning, instilling a sense of urgency into listening buyers. Luckily Darrell was going to bid for us. He had already picked out a pen of cows and calves. The big lesson we learnt that day was that when buying cattle it is essential that you purchase quiet ones that will be easy to manage and this pen seemed to fit that criteria – according to our mentor. We had decided that we wanted the designer breed, Angus, as black was certainly the flavour of the year and would probably ensure that a good price would be fetched when we sold the calves in a few months time. Our pen came up early in the day and we became the proud owner’s of fourteen animals, seven cows and seven calves. I hadn’t thought of the logistics of transporting these back to Bucca Wauka but Darrell had this organised in the twinkling of an eye. They would arrive by truck later this afternoon, driven out by one of our neighbours, Steve Yates, who lived a couple of miles away in Yates Road.

The truck arrived late in the afternoon. With no yards or cattle ramp to offload the beasts, Steve backed the truck up to the hill which was opposite our front entrance gate and with the help of Darrell and his dogs the cows scrambled out of the truck and meekly crossed the road into our paddock, their new home.

From that day I counted the number of animals grazing in the paddock. Some days I had to go searching as they would move themselves around the property and occasionally would be out of sight all day. I made a habit of feeding them most days with some hay. Mungo, Trog and I would walk down to the fence that protected the house-garden from their constant munching  and I would call them. It didn’t take them long before they recognised that my call equalled food and if they were in hearing distance, they would come running. 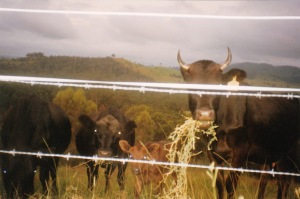 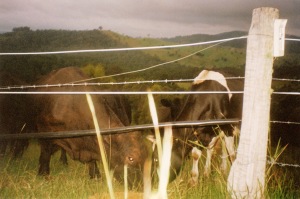 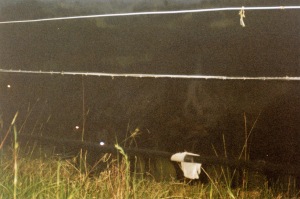 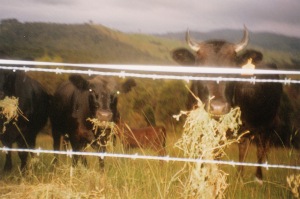 I began my working career as a reluctant potato peeler whilst waiting to commence my training as a student nurse. On completion I worked mainly in intensive care/coronary care; finishing my hospital career as clinical nurse educator in intensive care. A life changing period as a resort owner/manager on the island of Tanna in Vanuatu was followed by recovery time as a farmer at Bucca Wauka. Having discovered I was no farmer and vowing never again to own an animal bigger than myself I took on the Barrington General Store. Here we also ran a five star restaurant. Working the shop of a day 7am - 6pm followed by the restaurant until late was surprisingly more stressful than Tanna. On the sale we decided to retire and renovate our house with the help of a builder friend. Now believing we knew everything about building we set to constructing our own house. Just finished a coal mine decided to set up in our backyard. Definitely time to retire we moved to Queensland. I had been writing a manuscript for some time. In the desire to complete this I enrolled in a post grad certificate in creative Industries which I completed 2013. I followed this by doing a Master of Arts by research graduating in 2017. Now I live to write and write to live.
View all posts by Irene Waters 19 Writer Memoirist →
This entry was posted in Memoir, Trog and other Animals and tagged Angus, Australia, Cattle, farm, farm animals, Livestock, memoir, Pet, Trog. Bookmark the permalink.

1 Response to Heifers, cows and calves: Trog and other Animals