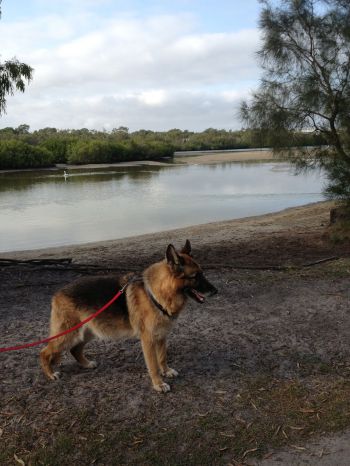 Summer is on its way and the days are already hot. Zac, my eleven year old German Shepherd was showing signs of ageing. From past experience when these subtle changes appear the decline is fairly rapid. Old age in dogs is short.

He was starting to follow me everywhere – as though he was seeking my protection, no longer able to protect himself, let alone his family. His appetite was waning and he sounded like a puffing Billy his panting was so constant  and fast. His ability to do a long walk had long gone but now he was struggling to make it to the end of the park and back.

I gave a lot of thought to what could help him and eventually decided that a shorn Zac might be a happier Zac. Covering the mirrors in readiness for our return, we visited the Cuts for Mutts in Cooroy. An hour later we saw our german shepherd come schnauzer dog. His undercoat was, surprisingly, grey and white. His head reminded me of both a hobby-horse and a mere cat.

Unexpected was his new extreme cuddalability, as I have never been particularly fond of short-haired dogs but, Zac had become irresistible. I just have to pat him. Also unexpected was the  transformation to puppy hood. Long walks have been reinstated. Heeling perfectly until he reaches one of our turn for home points where he takes off at a run until we are past the point where we could turn homewards. He has also stopped panting.

I have seen a few people, mainly in cars driving by, laughing at him but most still find him a good-looking dog.

Sadly I’m not stupid and I know that it won’t last for ever but I am really happy that, at least for a while, my faithful companion has got back his vim and vigour. 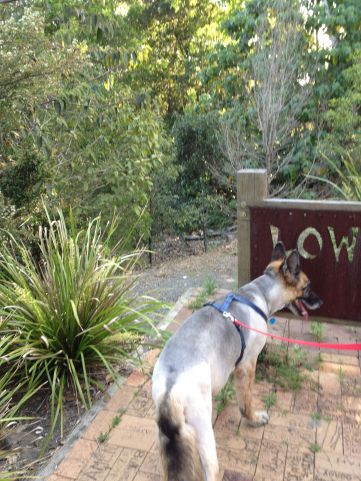 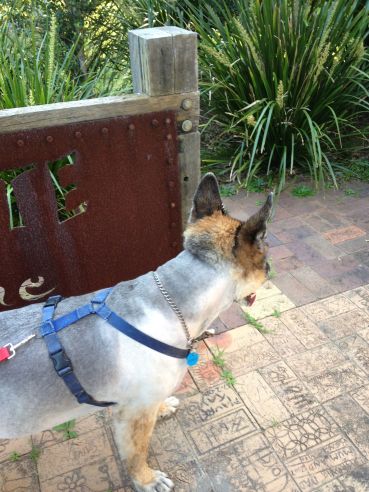 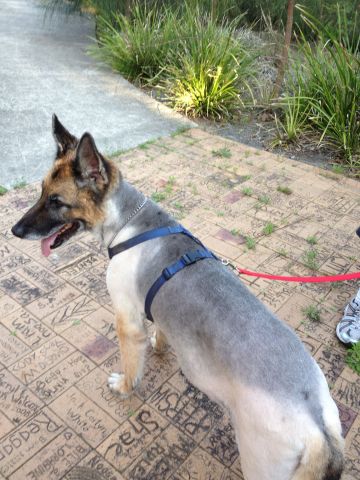 I began my working career as a reluctant potato peeler whilst waiting to commence my training as a student nurse. On completion I worked mainly in intensive care/coronary care; finishing my hospital career as clinical nurse educator in intensive care. A life changing period as a resort owner/manager on the island of Tanna in Vanuatu was followed by recovery time as a farmer at Bucca Wauka. Having discovered I was no farmer and vowing never again to own an animal bigger than myself I took on the Barrington General Store. Here we also ran a five star restaurant. Working the shop of a day 7am - 6pm followed by the restaurant until late was surprisingly more stressful than Tanna. On the sale we decided to retire and renovate our house with the help of a builder friend. Now believing we knew everything about building we set to constructing our own house. Just finished a coal mine decided to set up in our backyard. Definitely time to retire we moved to Queensland. I had been writing a manuscript for some time. In the desire to complete this I enrolled in a post grad certificate in creative Industries which I completed 2013. I followed this by doing a Master of Arts by research graduating in 2017. Now I live to write and write to live.
View all posts by Irene Waters 19 Writer Memoirist →
This entry was posted in daily events, musings, Zach and tagged Breeds, clipped dog, Dog, German Shepherd, German Shepherd Dog, Mutts, old dog, Pet, Recreation. Bookmark the permalink.

4 Responses to My Old Boy